Hang the DJ: 10 Tunes to Avoid at a Wedding 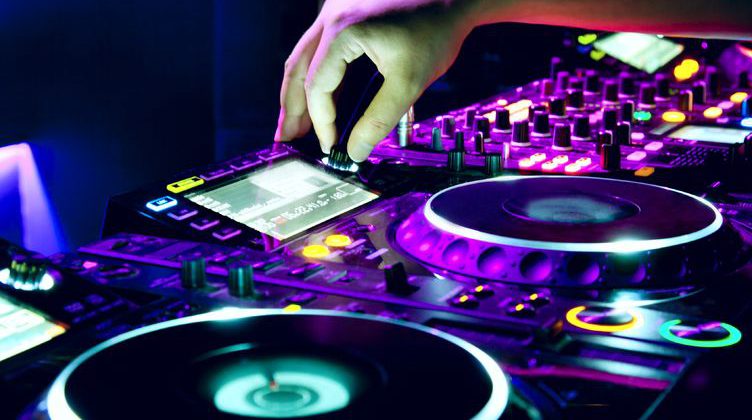 Wedding music is easy right? Just pick songs everyone knows the words to, or can dance to, or preferably both. While familiarity and bounce-ability are good rules of thumb they can lead the to awkward moments. Because, let’s face it, a lot of our “feel good” favourites don’t feel quite so good if you listen closely to the lyrics, or know the story behind them. Here are 10 tunes to avoid at a wedding, at all costs.

Every Breath You Take – The Police

Anyone over the age of, say, 40, will know to avoid The Police’s stalker manifesto. Unfortunately, anyone younger probably first heard the iconic chorus on Puff Daddy’s 1997 Biggie Smalls tribute “I’ll Be Missing You”, which obliterates the meaning of the original and turns it into a catchy homage to a lost friend. Don’t be lead astray. The original is pure creepery.

Bono’s vocal callisthenics and The Edge’s hypnotic guitar give “One” all the auditory components of an epic love song. Hang on a minute though and listen to the lyrics: “One life but we’re not the same,” Bono moans. “We hurt each other/ then we do it again”. Ouch! You may as well leave “Love is Blindness” and “Mysterious Ways” off the list too.

Nothing Compares 2 U – Sinead O’Connor

The sentiment “nothing compares to you” is a lovely thought for a wedding but again, the fantasy of this song breaks up on the rocks of its lyrical reality. O’Connor unleashes the full force of her exquisite, yearning voice to render Prince’s heart-wrenching ode to a departed lover doubly devastating. Beautiful it is; happy it’s not.

Don’t let the title fool you. This is a song about not being satisfied.

Some songs are so familiar it almost feels like we were born knowing them. This can lead us to overlook the dissonance between, say, Elvis’s velvet voice and the needle-sharp words it delivers. Just listen to the first line though: “We’re caught in a trap/But I can’t walk out” — and it gets worse from there.

Country singers, in particular, have a gift for wrapping bleak tales in delicious tunes. “Jolene” is a perfect example of how this can lead to songs that, while delightful on the ear, are totally unsuited for celebrating wedded bliss. Dolly’s crystalline voice sparkles and refracts like a leaping brook over a wrenching plea that Jolene not steal the singer’s besotted man.

I Will Always Love You – Whitney Houston

Another Dolly original but the Whitney Houston version of this ballad is even less appropriate given the late singer’s disastrous marriage. Even if the song were a celebration of happy couple-hood – which it isn’t, listen to the opening line: “If I should stay/I would only get in your way” — the tragic fallout of Whitney Houston’s union with Bobby Brown should be enough to give any bride and groom pause.

This is a stone-cold dancefloor smash, but that doesn’t mean you should break it out to get the party started at a wedding. Kanye’s snappy, cynical lyrics portray the dilemma of a guy who falls for the hot girl whose intentions are impure, then works out his bitterness by ditching the next woman who comes along.

This starts off as a fun song, by a married couple, and about getting drunk and getting it on in the kitchen. Then Jay Z drops a lyric in which he calls himself Ike Turner and says, “eat the cake, Anna Mae,” referring to Ike’s notorious abuse of his wife Tina, whose real name was Anna Mae Bullock, and suddenly it isn’t so fun any more.

What’s Love Got to do with It? – Tina Turner

This one is a safe bet to get everyone singing along, but do you really want your wedding guests belting out, “Who needs a heart/ when a heart can be broken?” Save this one for karaoke.

Though only a partial list, these top 10 songs point out some excellent categories to avoid. If you listen closely to your old pop favourites and weed out the ones that are about lost love, domestic violence, or relationship breakdowns you’ll be well on your way to a great wedding playlist.